Posted on November 1, 2012 by Administrator 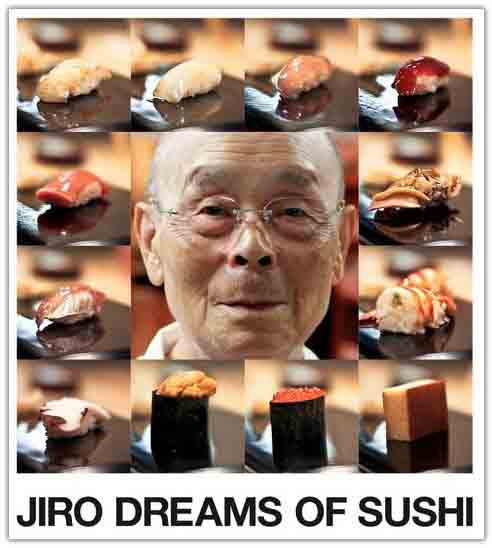 This is a film that is not only about the art of sushi, but also about family, succession, and tradition. Jiro‘s message about the value of hard work, patience and vision applies not only to sushi, but also to any form of creation. The story of a son living in the shadow of his father is something that many people can identify with. From the beginning, I wanted to make this a film accessible to anyone, even those who don’t like sushi or have never tried it. ~ David Gelb, Director of Jiro Dreams of Sushi

As a filmmaker and a foodie, I really enjoyed this documentary. I have visited Japan many times and I had actually passed by this sushi place in the Ginza district. But, unfortunately, I didn’t know anything about it at the time. Jiro only serves sushi dishes and reservations have to be made a month in advance. This Michelin star rated chef is active in his 80’s!

The film is well paced and tells the story of not only Jiro but sushi as well. It was shot on RED ONE and it is really nicely color graded. Having the journalist doing most of the narration is a clever idea! I also, like the mention of how super market sushi is draining the fish supply 🙁

Here is the interview with the filmmaker on Tribeca Film site! His approach to filmmaking should be noted by young filmmakers.

This entry was posted in Cinema, Documentary and tagged Cinema, Food, Jiro, Sushi. Bookmark the permalink.